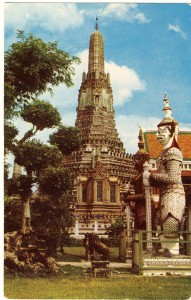 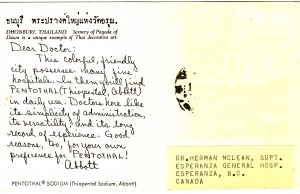 The same article is now on-line for all to read on the Weston super-Mare & District Society’s website (and there’s a .pdf copy there too to save, if you like). Just follow the link above.

If any of your family ever lived or holidayed near Weston-super-Mare in Somerset, England, you might even recognize someone in the postcards shown. Or you may find you already have a Jacksons Faces seaside holiday card in your own collection.

I recall a happy Sunday at Weston-super-Mare myself not too many years back. I walked (and ate) on the shore, feeling a little homesick for my own Vancouver on the sea. But that soon passed, as by a happy chance there was a collectable show nearby on that day, and I found myself looking at (and yes, buying) postcards – some originally posted all the way from home in British Columbia, Canada.

Here are a couple of other sites with Weston-super-Mare postcards: